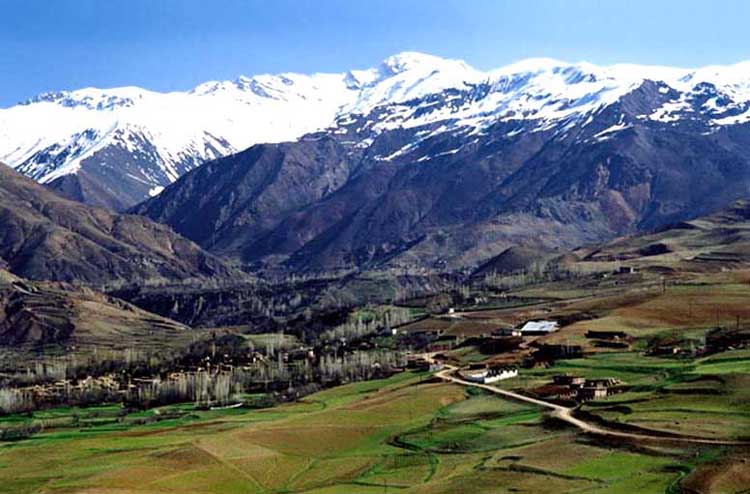 The city is from the mountainous towns of Guilan, and is located on the slopes of the Alborz and Talesh Mountains, on the banks of the White River River, alongside the olive groves. This geographic position has created a beautiful view of the combination of urbanization and nature. This city is a city in between. For this reason, many travelers stop shortly buying a major product of Rudbar, namely, olive and its products. The citys climate, located in the south of Gilan province, is a Mediterranean climate with moderate, mild winters and warm and dry summers.

In the past, Rudbar has been named by various names such as Rudbar, Rudbar Mohammad Zaman Khani, Roodbar Zaytoun and Palide Roodbar, which is named after the river Rudbar due to the flow of the Sattarud River in this city. The city of Rudbar is 6000 years old and consists of four central parts, Rahmat Abad and Blokat, Khoramm, Ammar Lu.

It is also worth mentioning that the city has become one of the most important tourist attractions in the heights of evergreen olive trees, Gawaras mineral waters, as well as the historical and cultural history of the area, the Marlik Hill is one of its most prominent features.

Rudbar is located at the geographical coordinates of 36 degrees 32 minutes to 37 degrees and 7 minutes from the equatorial line and 49 degrees and 11 minutes to 50 degrees 5 minutes east of the origin of the meridian. This city with an area of 2574 square kilometers is the second city of Guilan province In terms of size, it is limited to north from Rasht, south to Qazvin province, and west to Fouman and Zanjan province.

The city of Rudbar is located in the northern part of Sefid Rood, in the mountainous region, and its climate is affected by the dry and semi-arid weather of the central area. The climate of this region, especially the beautiful Rudbar, has Mediterranean climate, and the growth of olive trees in this region The proof is subject. The area is under permanent winds in the White River valley, known as Manjil Winds. In fact, when passing from Rudbar and reaching Rasht, Gilan, with all its diversity and beauties, is crisp and compact through the eyes.

Its population is 12,615, of which 69,620 are in urban areas and 56,695 in rural areas. This amount of population in the city of Rudbar, which is less than its other areas in the provinces of the province, has made it possible for different tribes to live together and this has led to the ethnographic diversity of the city, which includes various races, such as Tales, Tats, Kurds and Gilkas is.

The regions economy is based on agricultural and livestock-based climatic conditions. The most important product is olive, which is the main agricultural product of the city and has many products such as olive oil and soap.

Roodbar has been famous for several names such as "Razdar Roodbar", "Rudbar Mohammad Zaman Khani", "Roodbar Zaytoun" and "Roodbar". The name Rudbar is probably due to the flow of the White River River in this city. Rudbar is historically 6,000 years old. The works on the Marlik Hill indicate the ancient civilization in this region, which is related to the second millennium BC.

The olive tree came to this area simultaneously with the displacement of Kurds from northern Syria and Aleppo. This happened during the reign of King Abbas, 600 years ago.